The last eleven days seem like forever. At this point, my body has started to heal. My C-section wound doesn’t hurt as much. My bleeding is significantly less, just like the last days of my period. My breasts, too, are becoming more accustomed to normal engorgement, which, to me, signifies that it is time to pump.

Mentally, though, the last two weeks has been taxing. Francis and I, but more so Francis, are sleep-deprived. I do the pumping and occasional breastfeeding – breastfeeding is a torture both for me and baby – but Francis has been doing pretty much everything: burping, changing nappies, bathing baby, rocking baby to sleep, cooking for me, feeding me, washing our bottles and pumps, putting baby out for morning sunshine, doing our groceries, holding me while feeding or pumping (because both hurt and to check that I don’t fall asleep), and working. On top of that, he has to deal with my anxiety. I sometimes take a painkiller when the pain is unbearable, but that also means I’m knocked out for hours, and Francis has to handle all of baby’s needs.

Our days are fully occupied with baby now that we barely have time for ourselves or each other. Not that we ever had, to be honest. We have been married for barely a month when we learned that we were pregnant, which changed everything. Though largely uneventful, our first trimester was a torture for me. I can’t function because we had to make sure na kumapit si baby, so Francis had to do everything. He had to do all my chores. He had to think of what to feed me because I can’t eat. He had to bear the burden of being my one and only sounding board for all my insecurities and self-loathing. He had to suffer my hormones.

On the last few days of our pregnancy, I stressed him a lot, and all my anxieties led him to lose sleep. In fact, when I was worried that our baby wasn’t moving in my womb, he did not sleep at all, monitoring baby’s movements with his hand on my belly. Then, he had to bring me to the OB, to the hospital, do all errands, make sure our hospital bags are ready.

When we got out of the hospital, aside from all the errands and chores, he has to help me manage my anxiety and budding depression. He has to make me feel beautiful with my scar and my size, and he has to cheer me on at each drop of my pathetic breastmilk.

All these and he still thinks that I’m the one who deserves to rest, that he’s not doing enough for me and our daughter.

I don’t even know the extent of his personal anxieties. The only time he lets me see how he feels is when he gets frustrated when baby won’t burp, when baby is fussy, when baby spits out her milk. Then he would pretend like he’s okay… because, he says, I suffered so much already.

And I want everyone to know that he is already a good husband and a good father.

F thinks I’m weird for loving him.  I’m not and here’s why:

1. He loves God and the Catholic Church.

Before we decided we love each other (for love is a decision, a commitment, and a sacrifice, said Father Peter), he was discerning to be a priest.  (I know, I know.  At times I feel guilty that he might not be a priest anymore because of me but he constantly assures me he made the decision.)  Also, I think he liked me because I wanted to be Benedictine nun.  He goes to Mass as much as he can (and when he can’t he makes it a point to read the readings).  He prays the rosary everyday.  (His first gift was in fact a rosary, which I unfortunately lost.  He replaced it and said I shouldn’t attach myself to the material things he gives me.  But still…)  He is an extraordinary minister of Holy Communion – a truly extraordinary and hardworking one at that – and very soon a lector/commentator.  He is part of the Neocatechumenal Way community in San Jose City.  He studies the lives of the saints and wishes to emulate them, especially his favorite saint, Francis of Assisi.  And he fasts like a saint.  And two Saturdays from now he’s going to be officially a member of the Knights of Columbus.

I find it sweet that he loves telling stories about his mom, which for me illustrates how proud he is of her.  I have this unfounded belief that a man who looks up to his mother tends me to be appreciative and respectful of other women.  Needless to say, this is very important for me… and for any woman for that matter.

3. He loves his family.  That includes the dogs.

Aside from looking up to his older brother, what melts my heart is how he loves their family dogs.  Being a furmom, I totally get his going home to play with Happy (and Sunshine).  And as of this time he babysits his nephew (his brother’s dog).  Well, I’m just an ordinary girl who likes a man who loves animals.

4. He decided to be vegetarian.

5. He has no problem with us being coequals.

I remember our drive home right after I said yes.  (Or did I?)  Considering myself a happily independent woman, I told him we are going to be coequals, meaning the both of us are of equal importance in this… venture.  I understand that men want to be chivalrous to their partners and I don’t have qualms when he does – like when he opens the door for me or holds my hand protectively in public or drives me home.  But he understands that.  He appreciates that I can pay for my food, I can go home on my own, I am in charge of my body, I can make decisions, etc.  I admire him for not aiming to control my life.

7. He is passionate about the environment.

I think he’s right: I’m weird.  But only because I remember finding him really cool when I heard he called the city hall about someone burning trash (and seeing his anger when they didn’t respond).  He also hates seeing kids smoking and people throwing trash in public places.  Okay, so many people are concerned about the environment.  But what if I told you he once said his environmentalism isn’t quite complete if he continued eating animals?

He feeds me.  (Come on.  The way to a girl’s heart is through her stomach, too.  Look at the state of my belly now.  LOL.)  He makes me wear his jacket when we’re on his motorcycle.  He makes me wear a helmet, too.  And I remember when we were listening to a session of the catechisms and my feet were cold, he slipped out to get his jacket to cover my legs with.  He would give me shoulder massages.  He would make sure I’m safe inside the house before he drives home.  He would sneakily leave messages on my desk like the one above.  And when there’s a lot of work, he will help me.  But don’t say he’s doing these things because I’m his girlfriend.  He goes out of the way to buy food for our office mates.  And he really, really is concerned about people.

He’s sweet.  And I have a sweet tooth.

9. He’s not scared of conversations.

I sort of have this unfounded ideas about men.  (Not really unfounded.  I’ve read them from articles and books and got them from Hollywood chick flicks.)  And I thought men generally stay away from conversations.  But not this man.  Although we laugh 90% of the time, when we need to talk, we talk.  And he doesn’t clam up… even if it’s just 10% of the time.

I remember F telling me he found me cute when I talked about Inoo.  As a single mom, it melts my heart to watch him make efforts so my son will be kinder to him.  He bought food for Inoo, fed Inoo on his palm, and always greeted Inoo even if Inoo never stopped barking at and attacking him.  I hope Inoo learns to love F in the near future. 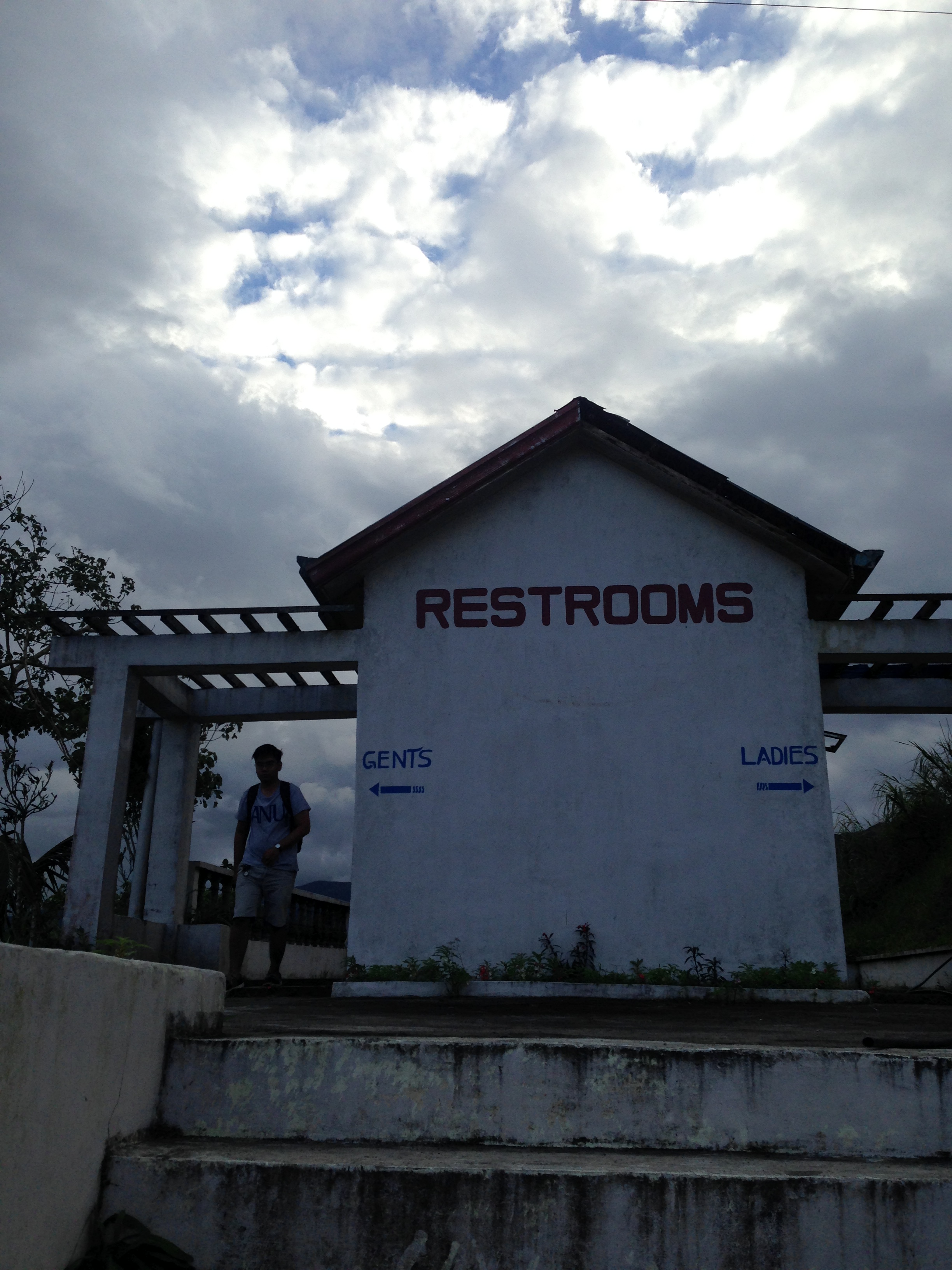 Well, most of the time.